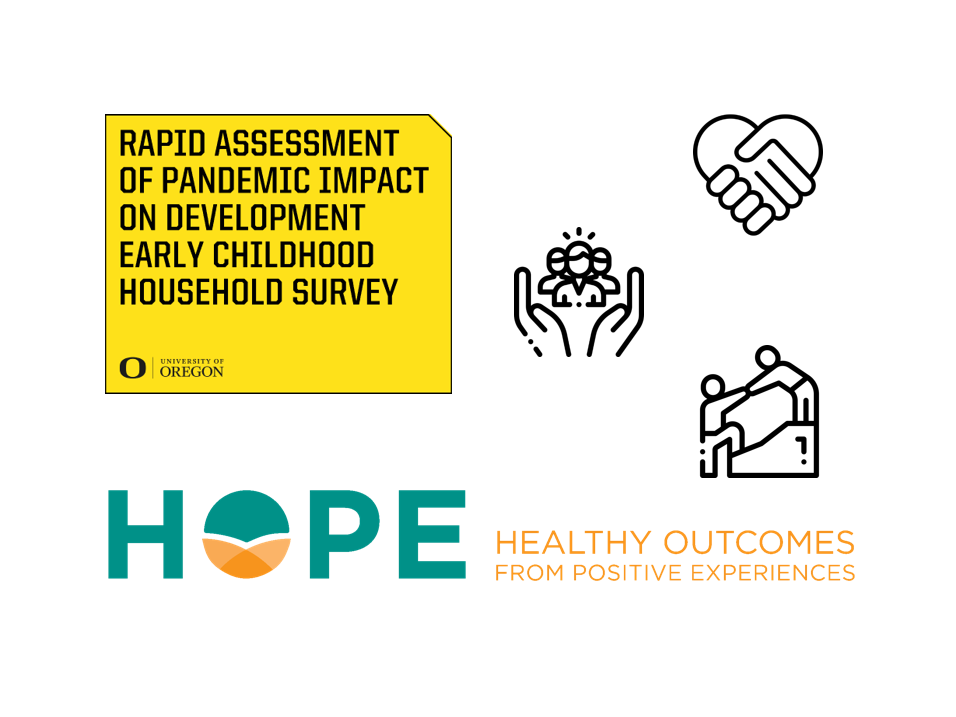 In times and places when Covid-19 is on the upsurge, most of us worry about our own safety and that of the ones we love. Is it a safe to go to work? It is safe for children to go to school? When will the pandemic and this uncertainty ever stop? At other times, public health restrictions are first in our minds—we can’t gather to celebrate or mourn, we need to wear masks to protect others even if we don’t feel sick ourselves, and every interaction with the outside world, even going grocery shopping, has become complicated. Given all this, it’s no surprise that more people are experiencing depression and anxiety. However, research shows how well people adapt in the midst of adversity or changing conditions. Our mental health can rebound even in the face of unprecedented disruption – as long as our basic needs are met.

Healthy Outcomes from Positive Experiences (HOPE) begins with this fundamental finding, that human beings are resilient and adaptable. The research behind HOPE shows that even in the presence of childhood adversity, positive childhood experiences allow us to heal. Most of us experience both adverse and positive experiences, beginning with our first foundational relationships with our parents.

With this work in mind, we recently met with the Rapid Assessment of Pandemic Impact on Development – Early Childhood (RAPID-EC) project team from the University of Oregon’s Center for Translational Neuroscience. The RAPID-EC project has been conducting weekly surveys of families with young children (from birth to age 5) since April 2020, in an effort to determine child development, caregiver mental health and well-being, and caregiver needs and utilization of resources during this Covid-19 pandemic. (Reports from these surveys are available to the public at this link.) This blog post focuses on mental health issues, based on reports that the RAPID-EC team produced in June: “Flattening the Other Curve” and “Flattening the Other Curve, Part 2.”

The other curve that they refer to is mental health difficulties among children and caregivers. In the initial period after the pandemic struck the United States, there was an increase in mental health difficulties in families with young children. The RAPID-EC report, “Flattening the Other Curve,” states, “Specifically, we saw large increases from pre-pandemic levels in both caregiver stress and children’s emotional and behavioral difficulties.”

As shown in the June report, they found that when looking at mental health difficulties across all families, children’s emotional and behavioral difficulties reduced with time. It appears that after the initial shock of the pandemic wore off, many families discovered new ways to adapt and cope. These improvements were seen throughout the population, as children’s behavior problems initially declined among both low-income households and the overall population during the period from the beginning of April to mid-May.

The results among parents and caregivers were even more striking, as reported in “Flattening the Other Curve, Part 2.” Overall, anxiety and depression decreased as the pandemic wore on. Interestingly, adults may have begun to find new ways of connecting with each other, as their measure of loneliness showed a consistent decline throughout the period from April 6 to June 8. The decline in anxiety among low-income Americans and among African Americans ended in May; anxiety levels in both subgroups increased after that. Low-income Americans had relatively high levels of depression throughout the pandemic, with no relief in sight through the June 8 survey.

Although these analyses do not explain why these trends occur, we can use the Building Blocks of HOPE to offer an opinion on what might be going on. The Building Block of nurturing relationships would suggest that as families cocoon together with decreased mobility, experiencing decreased outside obligations, family relationships may have strengthened and supported recovery from the emotional and behavioral problems that marked the beginning of the pandemic.

However, as stated in the RAPID-EC report, “Flattening the Curve, Part 2,” “challenges presented by the current pandemic are exposing and even increasing the inequities that exist within households with fewer resources to buffer the stress of the pandemic.” Looking through a HOPE lens, and considering the Building Block of safe, stable, and equitable environments, economic difficulties affected the family environment – especially families with lower savings, including many low-income families, families with only one adult at home, and marginalized families in general. We hypothesize that these economic realities, along with the realization that the return to normal is not on the horizon, might have increased anxiety for many. However, the RAPID-EC report found that the increase in anxiety, depression, stress, or loneliness could not be explained by job loss and current income difficulties, lack of paid sick leave, food insecurity, or inadequate health care. These RAPID-EC data suggests that stability and predictability of support matter. People worry about the future, and these data suggest that worries about the future may have offset the protective effects offered by current support. Income supports should be stable and predictable to better support the positive home environment that children need to thrive.

In any case, children thrive in stable, home environments. During the pandemic, emergency government assistance has – at least temporarily – stabilized many families. As we begin to sort out what schools, work, and childcare will look like for the immediate future, policymakers must understand deeply that the effects of childhood experience last a lifetime. Caregiver stress and child emotional and behavioral issues appear to be increasing as workplaces reopen and children have only limited summer child care options. Creating conditions that support close family relationships, social connection within communities, and ensuring that every child has food to eat and a roof over their head, in addition to the policy suggestions made in RAPID-EC reports, will allow the creation of positive childhood experiences and prevent adversity.

Much research over the past decades have shown how long-lasting these effects are. Policy decisions that we make now will influence our prosperity, and the mental and physical health of our children for an entire generation. What the data from the University of Oregon has shown us is that, given the chance, given HOPE, many children and adults will adapt to vastly changed circumstances and heal from the depression and anxiety that marked the dramatic beginning of the pandemic. There is, after all, hope for the future. 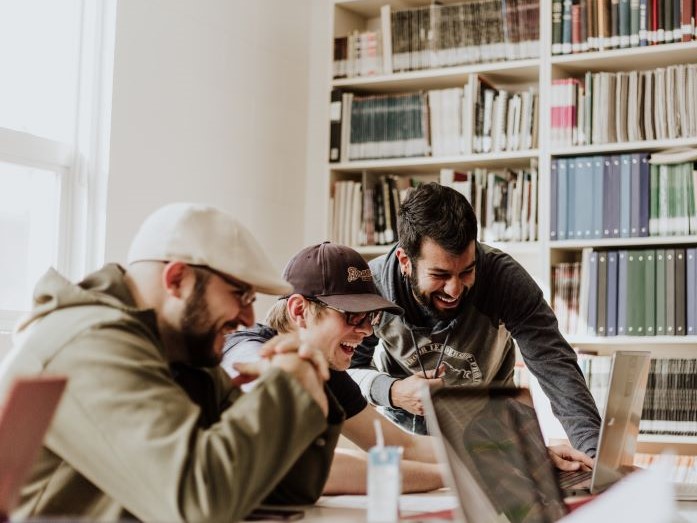 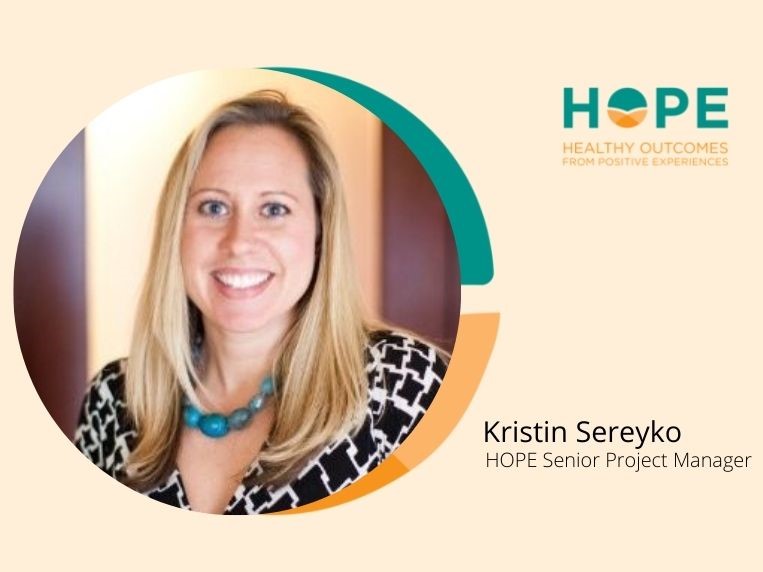 Meet the Newest Member of the HOPE Team